Welcome to the 77th issue of B.

Sometimes we think about the potential life span of a certain object. There are, of course, differences between people, but for me, the wristwatch is something that tells many stories about vitality. Made in a variety of materials and shapes, wristwatches seem to have proven more value when they stay longer on a person’s wrist. As decades-old wines and whisky are highly appreciated, wristwatches are valued for their unchanging shapes and mechanisms despite the passage of time. Owing to this, a luxury mechanical wristwatch holds even more significant symbolic meaning. In an era when time can be checked everywhere on electronic devices like smartphones and laptops, the survival of the analog accessories is even more markedly profound. And think about this: the advent of smartwatches was predicted to ruthlessly bring down the existing wristwatch industry, but so far, many consider the effect to have been a positive one. The smartwatch itself demonstrated to younger generations that the most useful and cost effective item they own is right on their wrist.

G-Shock, the brand featured in this issue, is a wristwatch brand that was born in Japan in 1983 and survived until today. But it’s not just a survivor—it’s a timepiece that’s caused a sensation and left its mark on the history of wristwatches. Except for luxury watches, G-Shock is quite possibly the only brand that can be recognized quickly at a glance. Undeniably distinctive, G-Shock is unique and original in many aspects. The originality of G-Shock results from a keen focus on functions, and its technical superiority is highlighted across design, marketing, branding, and business strategy. “A watch that will not break.” “A watch that can withstand a 10-meter free fall.” The creation of a product that can be represented so succinctly in a single phrase is an incredible feat, and this feat has won many fans over.

A product whose essence and properties can be summarized in one line is most likely to be remembered by people for a long time. When it is easier to explain and understand a product, word of mouth picks up speed, and the brand quickly becomes the talk of the town. The essence of G-Shock’s story is nothing short of “toughness,” and this simple message incites curiosity as if it were a myth. Thanks to the simplicity of its message, the originality of G-Shock remains intact even when it is mixed with any color or material. Even a total customization wouldn’t put a damper on the G-Shock spirit. And this is precisely the reason why G-Shock has a considerable number of fans for a wristwatch brand. It does not fall into either subcategory of digital or practical, and it has really become a genre that stands on its own. And this means that it has the power to set the rules of the game. KikuoIbe, who entered Casio as an engineer tocreate G-Shock, once talked about that freedom.“You can treat a G-Shock however you want.”

At this moment, we wonder if G-Shock’s originality is inherent—was it already there at the moment of its birth? According to our observation, the answer to the question is more likely a “no.” G-Shock employees say that they have continuously reiterated the essence of the brand and conducted hours of repetitive experiments. In short, they have waited together for G-Shock to become an irreplaceable, inimitable timepiece. A long wait requires as much courage as the invention of a product, which usually starts from ground zero. As we encounter fewer products that contain this kind of courage, brands like G-Shock impart an even more valuable experience on people.

It is our hope to continue to deliver more stories about products made by courageous people who go against the grain and resist conventional tried-and-true solutions. 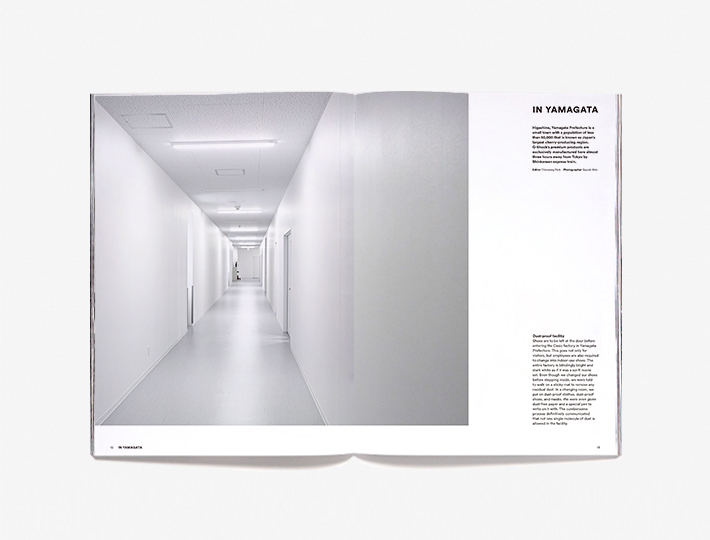 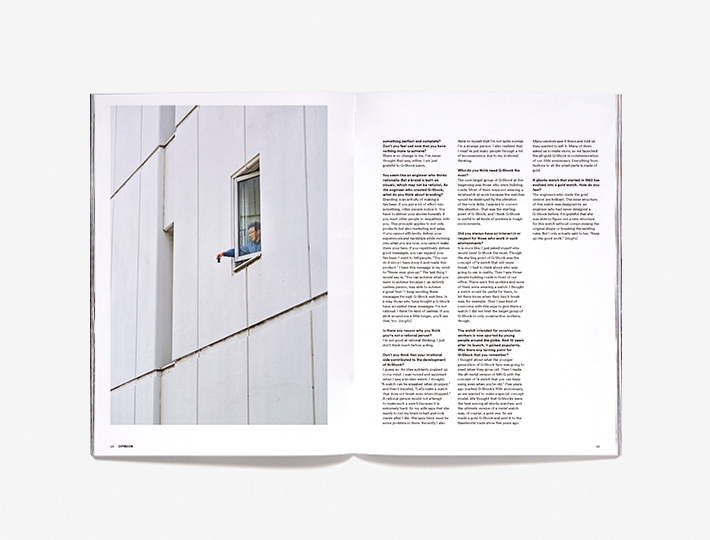 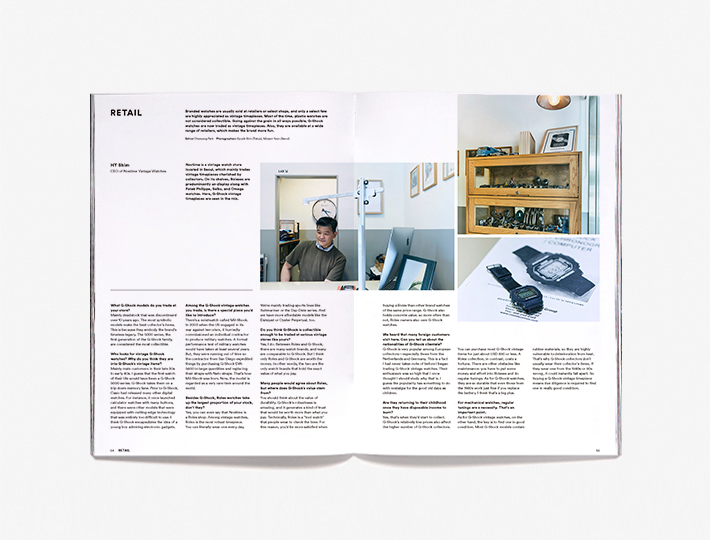 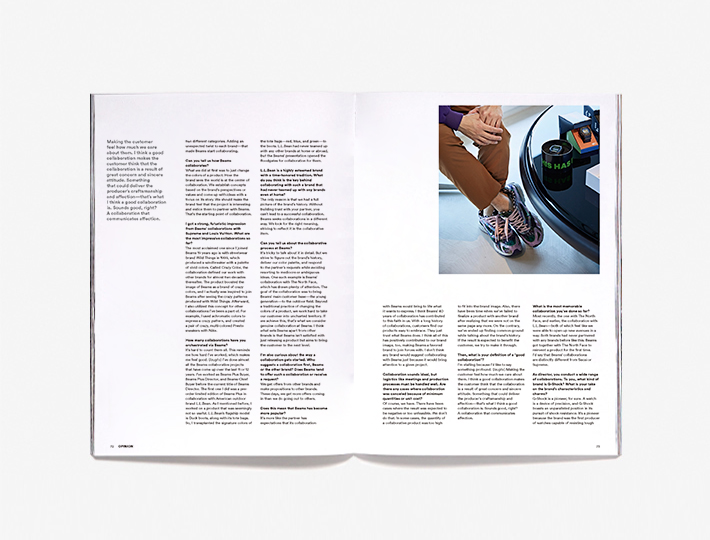 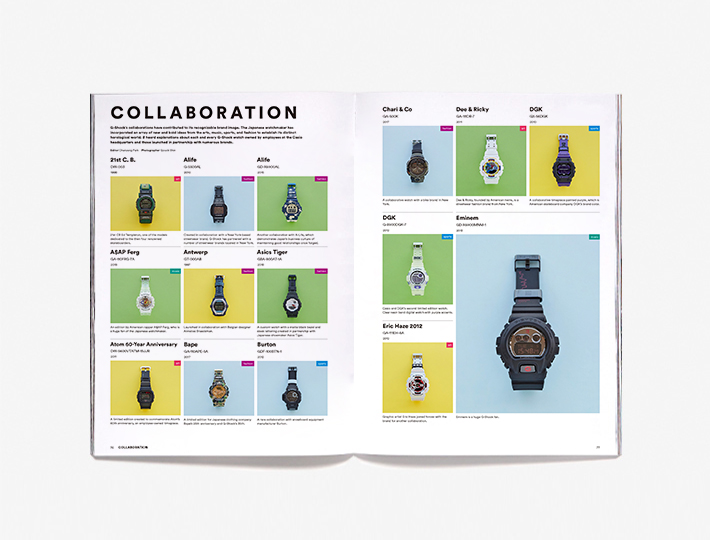 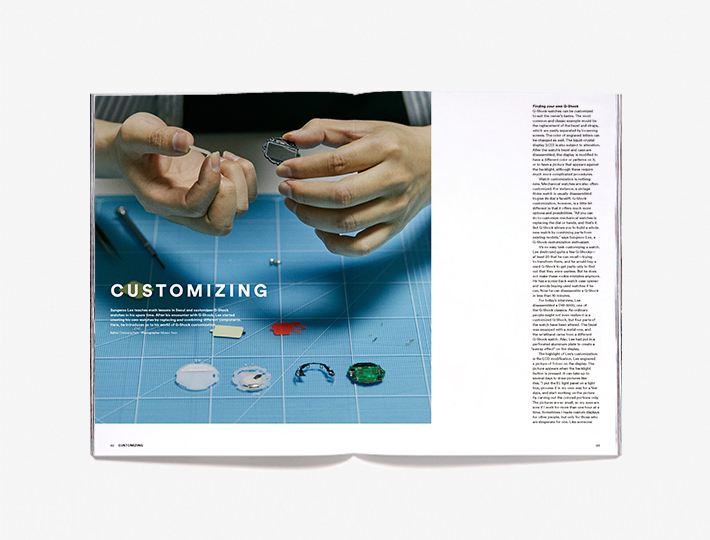 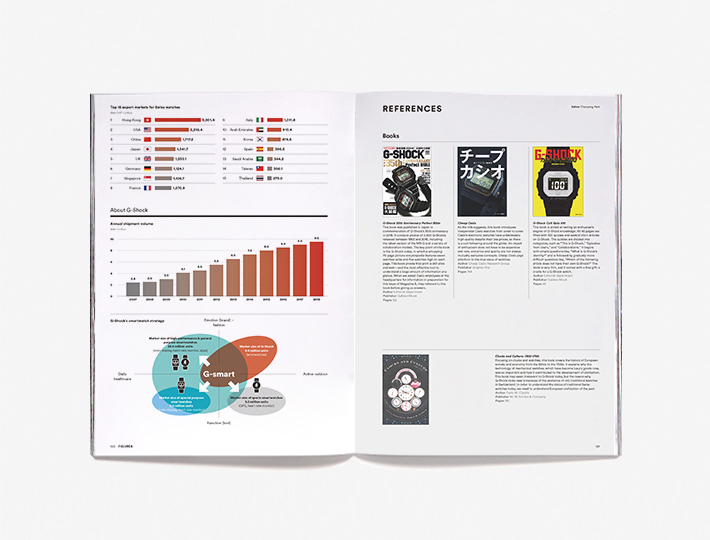