Welcome to the 74th edition of B.

There are people described as “global citizens” or “global nomads,” people who are fluent in foreign languages, who embrace different ideas and cultures without prejudice or judgment, who are able to communicate as one individual to another outside the frame of collectivism. With the effusiveness of the word “global” aside, the aforementioned qualities or attitudes will become an increasingly important virtue. In the age of hyperconnectivity represented by 5G and IoT, the conventional sense or definition of belonging to a community is bound to be obsolete. Even the World Cup and the Olympics don’t arouse the same amount of enthusiasm as before, which only testifies to this change: Hyper-connection begins when micro-level individuals form relationships beyond their physical and social settings. Looking back, B has also worked extremely hard to meet such needs of the time as a magazine. We’ve always tried to free our content of Korean conventions and conceptions. This magazine is made by Korean-speaking people living in Korea, which is inevitably a significant part of our identity, but we believe that its content should be relatable to anyone and everyone.

This fifth city issue of B introduces Bangkok, the city probably most suited for a global citizen. There are several megacities that outrun Bangkok in terms of average income, economic size, or social infrastructure, but when it comes to the ability to absorb different cultures and cradle change, Bangkok is definitely at the forefront. The reviews of our editors, who traveled around Bangkok for more than a week to cover the stories, were no different: they spoke favorably of how the residents of Bangkok were comfortable with expressing themselves and telling their stories, all the while showing just enough courtesy and respect for others. Bangkok does not only appeal to editors visiting for coverage. It’s an ideal destination for many types of travelers: business professionals looking to attract investment, backpackers planning to stay for a month, short-term tourists on vacation. Another way to interpret this would be that Bangkok is a city that knows how to retain its identity while also actively responding to different needs.

B wanted to capture this “attitude” of Bangkok for people who only know the city by its famous temples, fancy nightlife, and nearby resort areas like Phuket. Cultural heritage, an artistic eye, a business mindset, and technical skills can make a brand or a city great, but “attitude” points to future possibilities. As uncertainty escalates in societies and markets, people tend to rely more on the visions projected through attitudes than objective indicators. It would help to recall the exemplary brands featured by B over the years that focus on selling their attitude. An attitude encompasses many values, as demonstratedby WeWork’s slogan “Do What You Love,” Patagonia’s proposition to “Live Simply,” and Vans’ attitude of “Off the Wall.”

In that sense, then, what could Bangkok’s attitude be reduced down to? I believe “adaptive” is the right adjective to describe the city. Experimenting and turning it into real-life experiences rather than conjecturing right or wrong, or good or bad—this adaptive attitude is what makes Bangkok such a multifaceted city as it is today, capable of transforming itself according to the times and environment. If the city had only tried to lead ahead or find exact answers, it wouldn’t have fostered such a quirky harmony of differences—no small family-run hostels next to the global brand six-star hotel, no interesting intermix of street food and high-end fine dining restaurants. After putting this issue together, I’m deliberately keeping my eyes and ears open to the various goings-on in Bangkok. That is because I believe that it might just be these adaptable groups of people who will change the world of tomorrow. 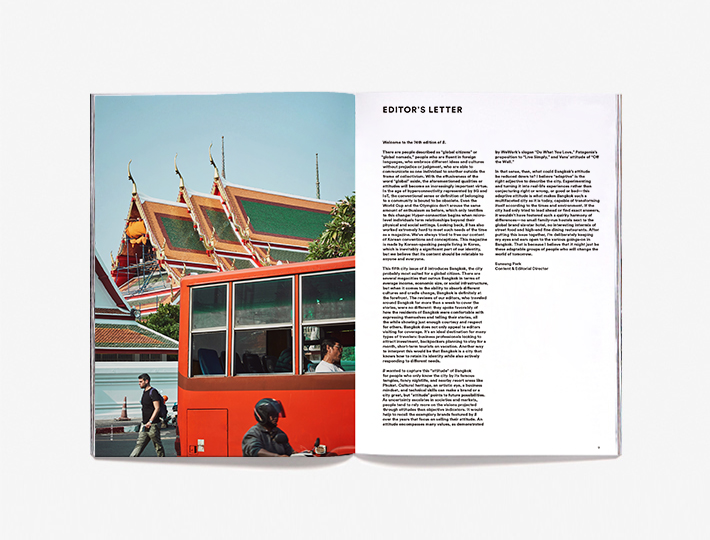 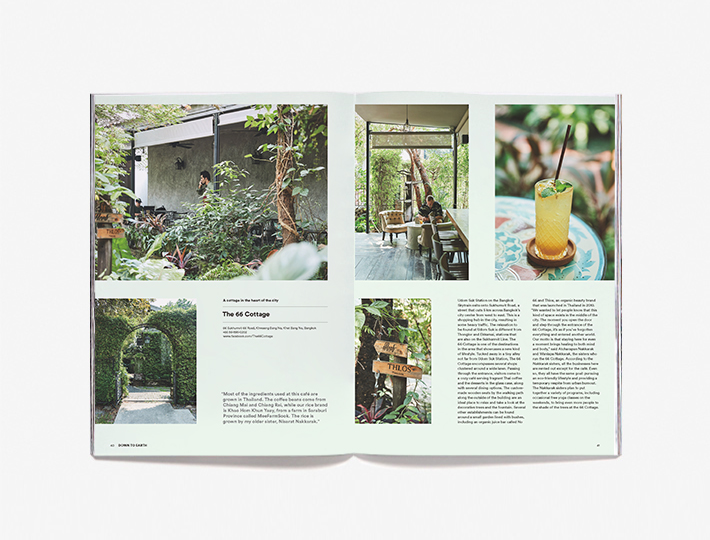 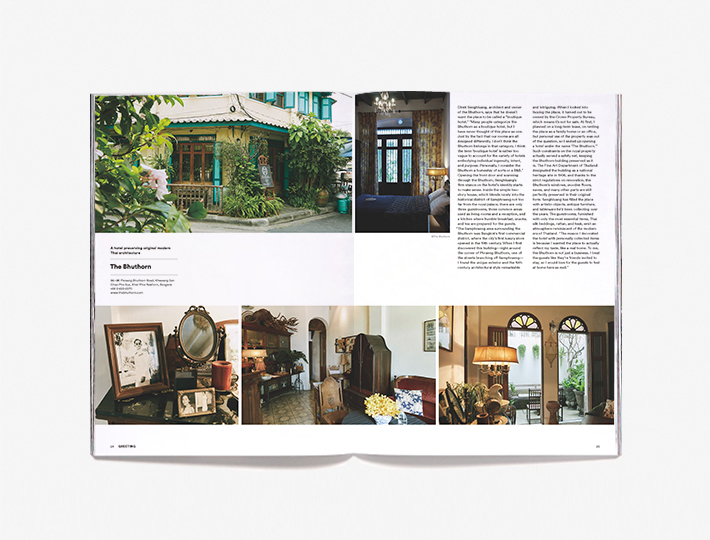 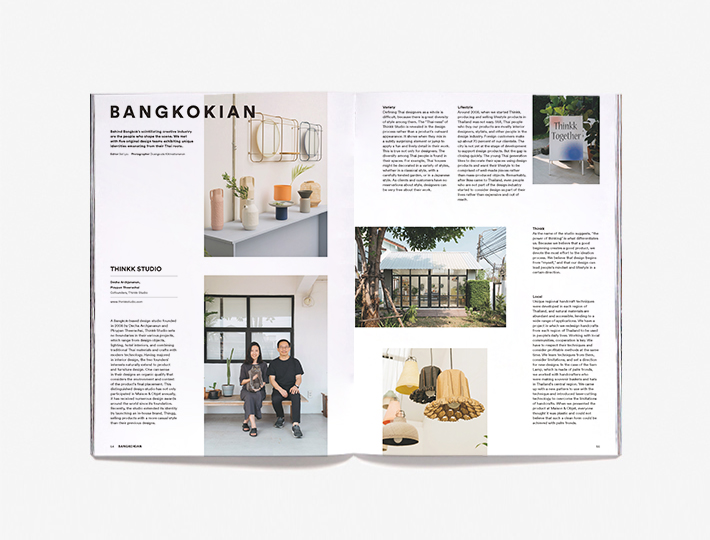 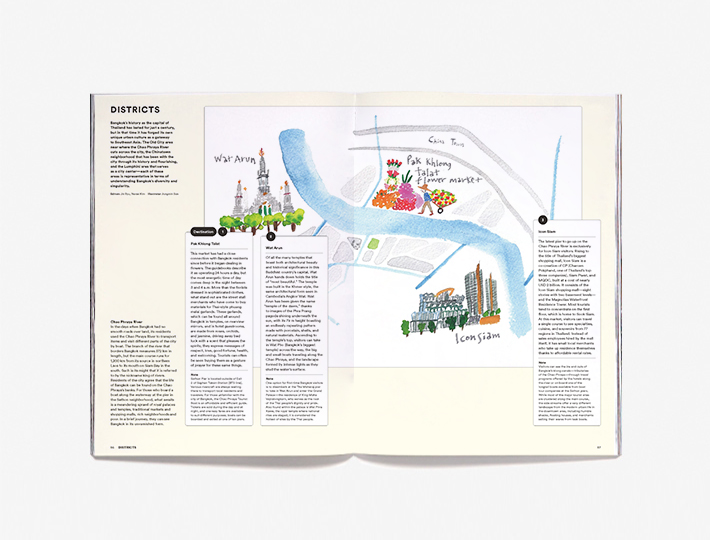 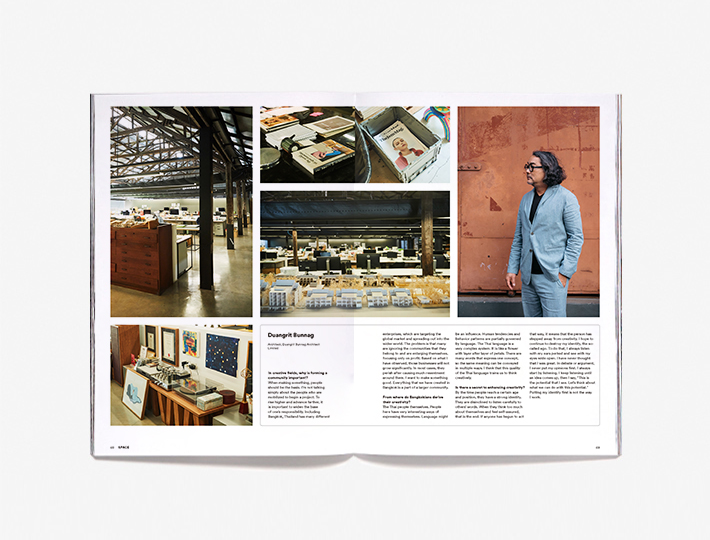 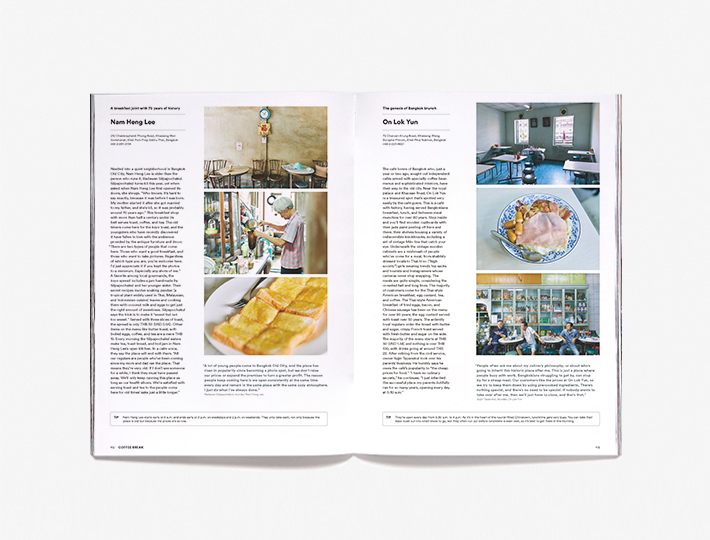 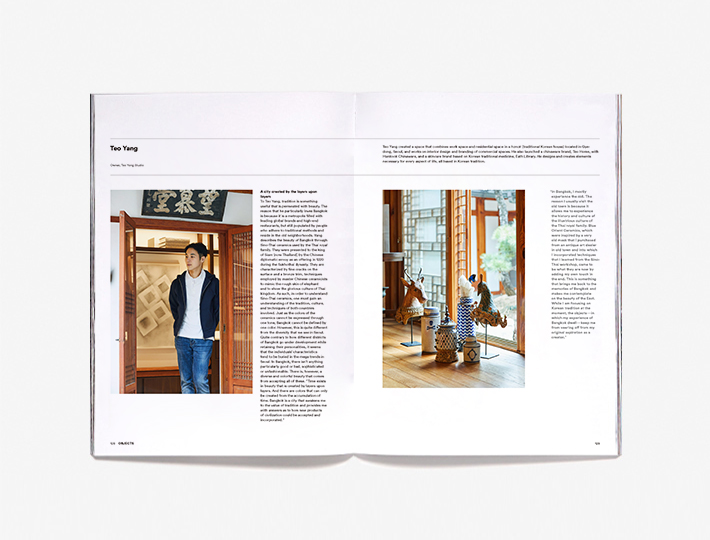 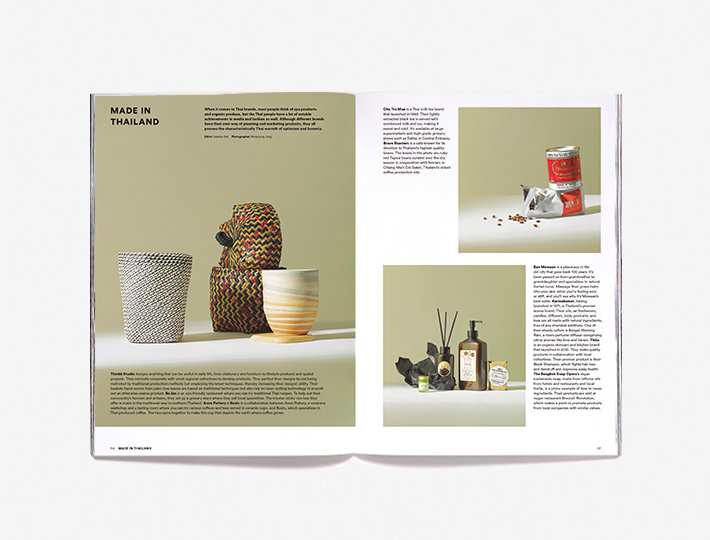 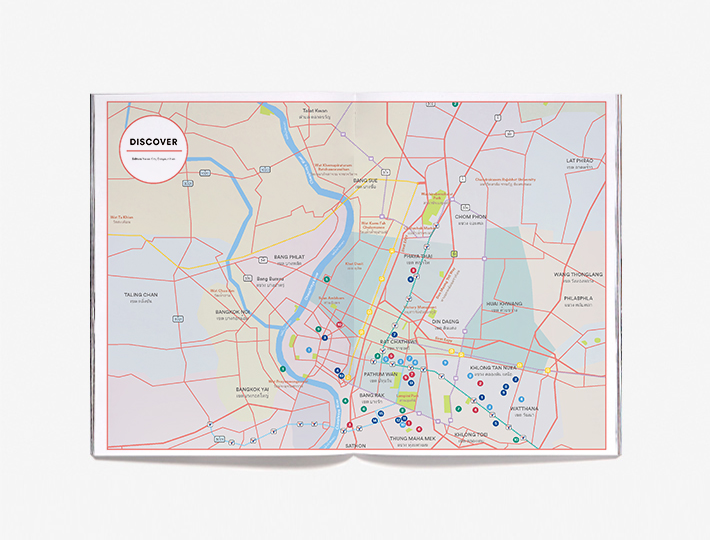 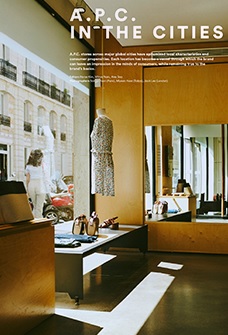 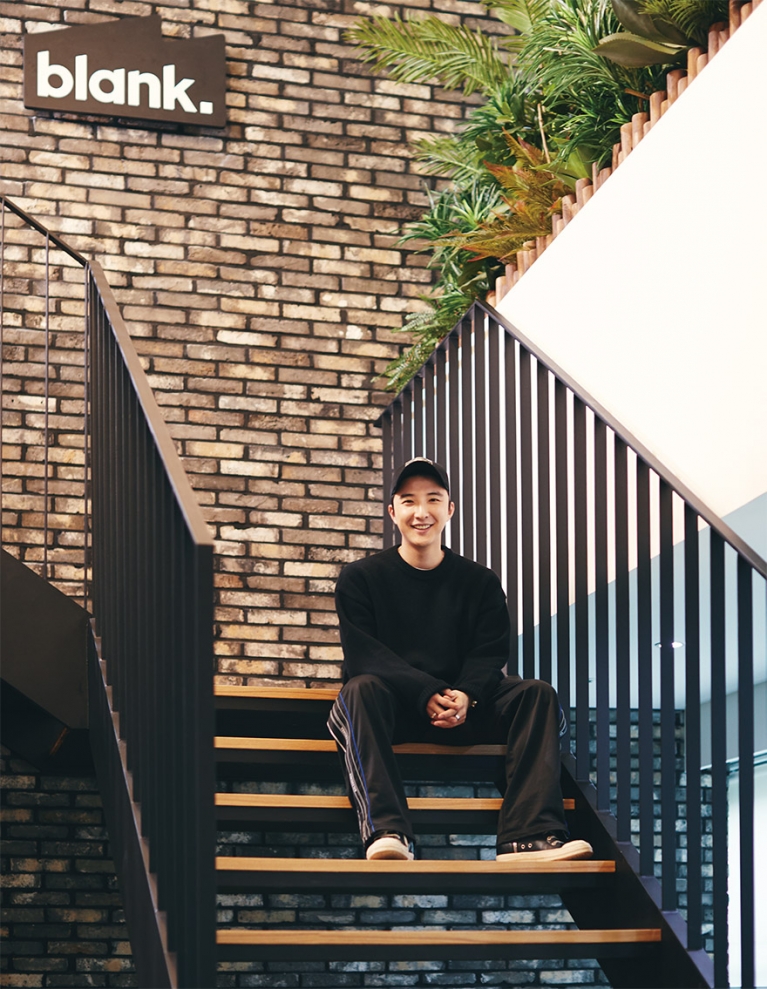 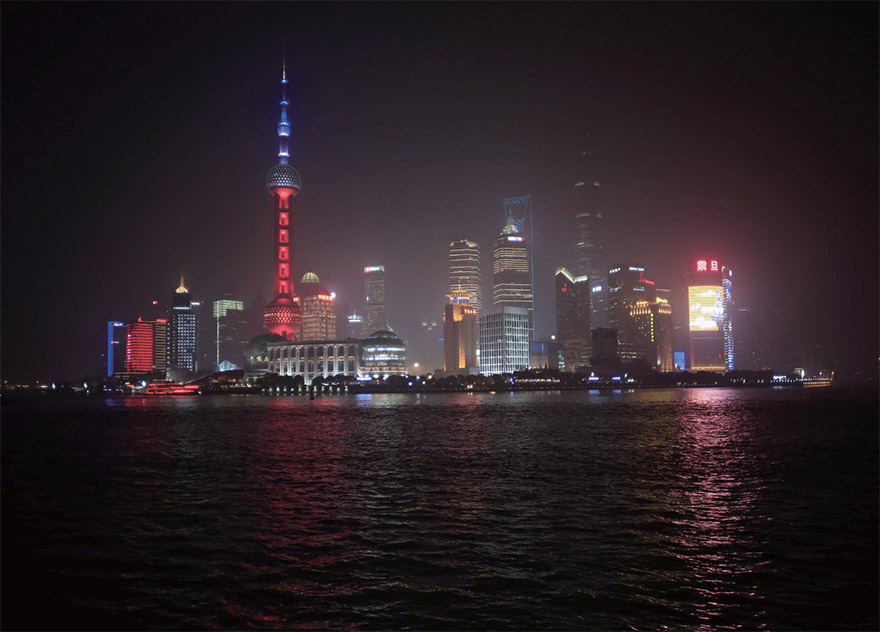 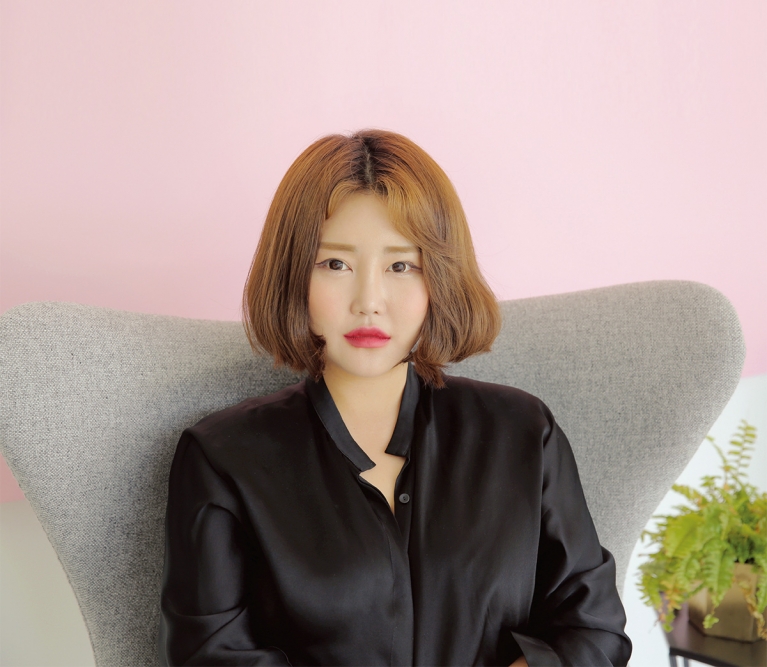